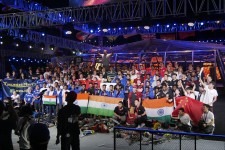 SHANGHAI, March 9, 2018 (Newswire.com) - FMB (Fighting My Bots) is a Chinese organization that is committed to developing combat robot sporting events all over the world. Each year it invites international teams to compete in events that highlight technological innovation, robotics, mechanical engineering and creativity. It has gained widespread international interest over the last four years through collaborations with international robot fighting leagues such as Battle Bots, Robot Games and leagues from India, Russia, Germany, Netherlands, Spain, Britain and Brazil.

At the end of January, a three-day robot fighting competition finished, with more than 6,000 in attendance and 60 global professional teams. The competition ended with Team "OYES" (New Zealand), Team Karma (India) and Team “ReDrum” (Brazil) taking home the trophies and prize money in the 110KG/60KG/15KG class games, respectively, with their robots.

“The competitions have spread across the world and received a great deal of attention. We must hurry to keep up by establishing our own competition and hopefully, with the help of organizers, robotics clubs and competitors, make our competition a global one as well,” says Zhang Hongfei, CEO of the Shanghai-based FMB.

The FMB has invested over 100 million RMB in building the tournament and related commercial events. Zhang wants to develop combat robot culture in Asia and beyond with the launch of FMB series games. FMB will arrange more competitions and prize events for both professionals and non-professional robot lovers.

This is a great opportunity for professional teams all over the world and FMB. Global teams can have a new international venue with larger prize winnings to build their robots and FMB can achieve its goal of becoming the world’s premier robot combat brand.

Establishing robot combat sports in China is natural since the region leads innovation in robotics and electronics production and has a new generation of skilled youngsters that grew up with technology. FMB has a slate of new events scheduled for the coming year for both amateurs and professionals alike. To learn more about this year's events, visit their website: http://www.ufbot.com. 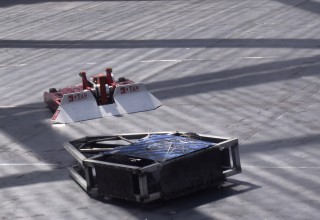 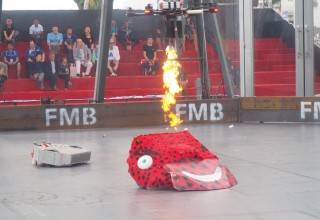 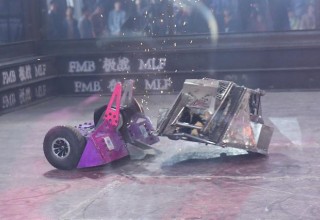 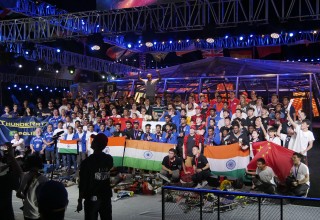